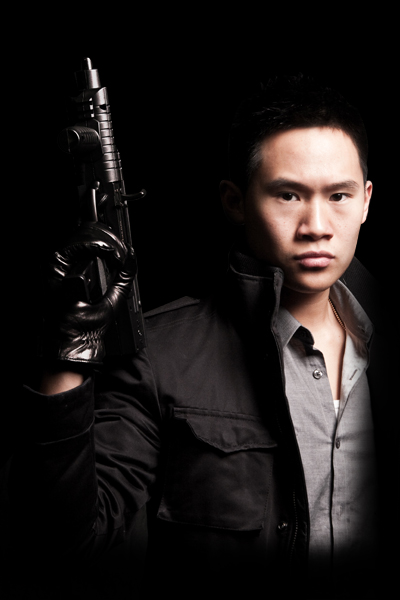 See a demonstration of a blank firing M4 (AR 15). Also in this video clip is an example of the addition of post muzzle flash.

Examples of simunition being utalized in a film

THE DEVIL AND THE DANCER full length teaser from Kirk Caouette on Vimeo.

Since the supply of real firearms to film sets is often costly to productions. Mantis offers a large selection of replica hand/long guns requiring a much smaller investment to rent.

Movie guns (replicas) look and act like the real thing and are camera friendly for close ups.

For blank firing scenes, all movie guns supplied by Mantis are safe and reliable.

Mantis’s movie guns have all been tested and prepared for use on set. Mantis will always supply back up blank firing movie guns on set so the scene can run without delay.

Blank firing firearms, semiautomatic handguns such as Bruni, Umarex, Rohm, RECK, etc, have been used in place of converted real steel firearms in a variety of feature films and television series for nearly two decades. Primarily, they resemble, in most cases, 99%, the actual “real world” firearm they are representing on film in any given role including, law enforcement, federal agencies, military and so on.

The over all reason Blank firing firearms are used and, in the majority of cases preferred, is safety, look, handling, ease of use, reliability and cost effectiveness to productions in rentals and expendables (ie 1/4 Flash, theatre/film use specific blank ammunition).  This type of blank ammunition is safe, and desired as film effects (ie muzzle flash).Here’s a list of just a few of the feature film & TV series that have used Dedicated Blank Firing Semi-Automatic handguns in their productions: Can you spot the difference between real & blank gun? Neither can the audience.”The Transporter – 2002″